Linked with the Middle Age or Medieval period of Europe, Society for Creative Anachronism (SCA) is an international organization aiming to research and maintain the skills, art, cultures and other Medieval European traditions. Its students study and participate in to keep the Middle Age European Cultures alive.

Annual weekends at SCA are celebrated with traditional themes; from medieval dressing to the decorations and setups, every element is focused in detail. Their participants get opportunities to explore and promote the society’s researched and studied medieval food items. This occasion mostly takes place in the outdoors. Moreover, during their camps; coronations, dances, socializing, masked balls and much more exciting activities are performed. Mainly, archery, art exhibitions and competitions are focused. 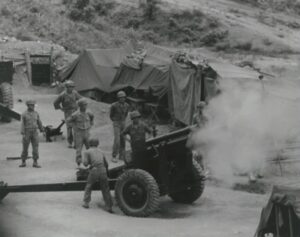 Whenever we plan to camp, the first and the most concerned thought that comes to our mind is to decide and arrange a suitable tent. It’s essential to plan and choose weather friendly tent to pass almost a whole day. In accordance with the rest of the theme, setup and outdoor activities, the bell tents are also arranged to portray the medieval days.

Similarly, the bell tents of Middle Age designs at the camps resemble the medieval Lavvu and Canvas which were used by the Natives tribes in Northern Europe in the 9th century. This design was regularly ordered among the British Army after the Crimean War (1853-1856). 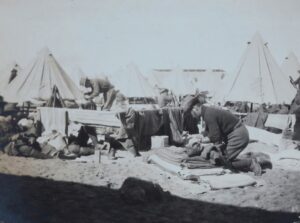 Back near the middle age, another invented and remembered the historical form of the bell tent is also focused. It was named “Sibley Tent” which was discovered by Henry Hopkins Sibley. He had carried out the American Old West during which he studied the American Tipi. The difference in bell tents and Sibley tents are in terms of their wall designs. The canvas bell tent nowadays exclude the smoke or tripod hole, having extended guy ropes and entrance.

If the above-described ideology of going back to the medieval ages and trying to replicate the lives of the people from the time sound appealing to you, then the SCA annual weekend events are something you’re really going to enjoy.


SCA is a non-profit educational organization which was founded in 1966 with the efforts of a group of history lover friends who planned a big outdoor gathering in Berkeley, California. They succeeded in arranging six events in the first year of their discovery and nine in their second year. The society has achieved a huge amount of success and increased among nineteen kingdoms since 1966 including US, Canada, Europe, Asia, Australia, and South Africa. Currently, there are over 30,000 paid members of the program and a total of around 60,000 the total participants.

The contribution of the Trending TV Series “Game of Thrones”


GOT is an American drama series based on Fantasy genre established by David Benioff and D.B. Weiss. Not only SCA, but GOT is also actively taking part in preserving and maintaining the medieval period by showcasing the Middle Age era and its traditions. It is updating its viewing generation with the medieval period. The easiest and large item to be observed are Lavvu and the old canvas bell tents. We can simply note their early and not so neat and developed designs as they are developed nowadays.

The Most Luxurious Bell Tent In 2021: Avalon From White Duck Outdoors